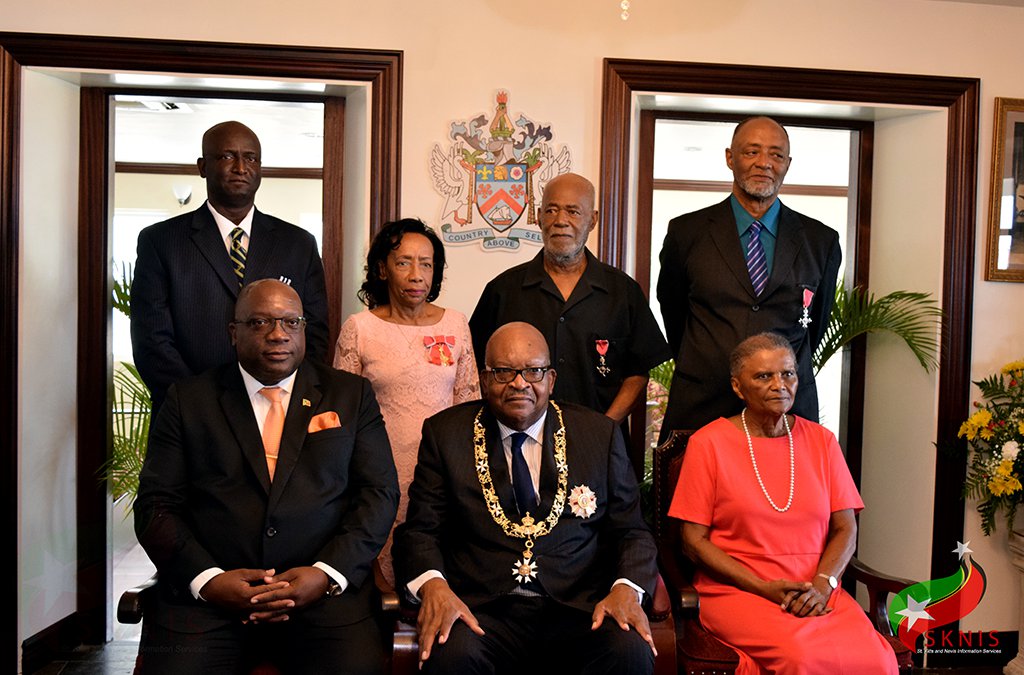 BASSETERRE, St. Kitts, June 20, 2018 (Press Unit in the Office of the Prime Minister) – Prime Minister, Dr. the Honourable Timothy Harris, has formally congratulated the four nationals of St. Kitts and Nevis who were conferred awards on Her Majesty the Queen’s 2018 New Year’s Honours List.

For his contributions to medical services, Dr. Ian Jacobs was awarded the Member of the Most Excellent Order of the British Empire (M.B.E.), while Inspector Alphonso Hendrickson was honoured with the Queen’s Police Medal (Q.P.M.) for his services to policing, particularly to Government House over the past 29 years.

“They remind us that in this great equalizing Federation of St. Kitts and Nevis it is possible to rise to greatness no matter what family you are born into – indeed, even if you grew up walking barefooted and wearing patched clothes, each and every one of you can travel to the path of success and respectability, and each and every one of you my fellow citizens can rise just like the four architects of nation building have risen to stature, so today we honour them through this ceremony. And equally to, just like Dr. the Rt. Excellent and the Rt. Honourable Sir Kennedy Simmonds, our only living National Hero, did and just like so many of us have and are doing,” Prime Minister Harris said.

The prime minister further reflected on the theme chosen for the celebration of the Federation’s 35th anniversary of Independence, “Love, Service, Patriotism and Pride, Independence 35,” and noted that that the four honourees “epitomize the values and qualities espoused in the theme, and serve as excellent examples for their families and for society at large.” 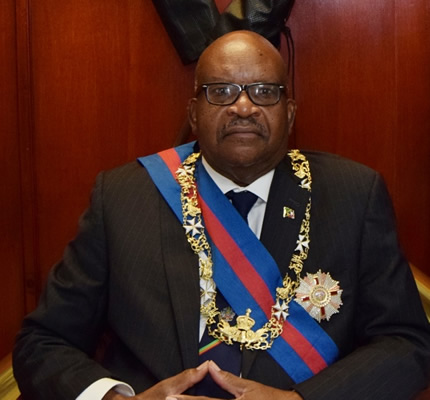